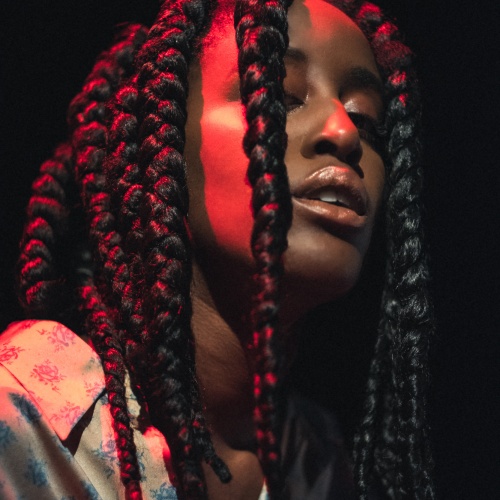 The Ivors Academy has today announced the five nominees for its brand-new Rising Star Award with Apple Music.

The Ivors – now in their 65th year – celebrate excellence in British and Irish songwriting and composing across categories for songs, albums, film, TV and video game scores.

Apple Music is supporting The Ivors Academy’s mission to cultivate the next generation of Ivor Novello Award winners. The Rising Star Award with Apple Music is the first new Ivor Novello Award category to be introduced in 10 years and honours young British and Irish songwriting and composing talent who demonstrate exceptional potential and ambition.

The new award helps discover, support, and accelerate the careers of the most promising music creators in the UK and Ireland, and demonstrates Apple Music’s continued support of the songwriter and composer community.

The Ivors Academy called for public submissions for the Rising Star Award last year, receiving the most applications for any category in the 65-year history of The Ivors. In addition to the record-breaking number of entries, 60% of entries were also made by female music creators.

An Ivor Novello Award is particularly important to the industry as it represents peer recognition, with the five nominees announced today chosen by The Ivors Committee: a group of award winning songwriters and composers from across The Ivors Academy’s membership.

The 2020 Rising Star Award Nominees are:

Amahla
Soul singer-songwriter Amahla has already garnered critical acclaim since releasing her debut EP ‘Consider This’ and performances at The Royal Albert Hall and Jazz Cafe. Amahla’s latest single ‘Apathy’ showcases her ability to influence society not only to reflect it.

Carmel Smickersgill
Carmel Smickersgill is a composer based in Manchester working predominantly within classical and electronic genres. A Royal Northern College of Music graduate, she is also the recipient of the 2019 Christopher Brooks prize with the Royal Liverpool Philharmonic.

lullahush
Irish songwriter and multi-instrumentalist Daniel McIntyre is the talent behind musical project lullahush. A measure of the distance between ambience and pop, lullahush released ‘Elysium’ and ‘If Spring Had a Spare Room I’d Rent It With You’ in 2019.

Mysie
Artist and songwriter Mysie released her debut EP ‘Chapter 11’ in 2019. Focused on the freedom music provides and rejecting genres and stereotypes, she has since dropped additional singles ‘Sweet Relief’, ‘Heartbeat’ and most recently, ‘Gift’.

The award includes a new mentoring scheme from Apple Music whereby all nominees receive a year-long mentorship from a well-established Academy member to help develop their networks, discover new opportunities and better understand how to navigate their careers.

Representing an incredible array of talent and experience this year’s mentors are:
Ivor Novello Award winning composer, producer and performer Anna Meredith MBE
Ivor Novello Award winning film and television composer and Academy Fellow David Arnold
Grammy and Ivor Novello Award winning music producer and songwriter Fraser T Smith
Multiple award winning singer, songwriter and producer Kamille (Camille Purcell)
Ivor Novello Award and multiple Grammy winning composer, producer, arranger and guitarist Nile Rodgers
Nile Rodgers, who is mentoring Amahla, said: “The Ivors, in my view, offer amongst the most prestigious accolades that a songwriter can receive anywhere in the world. To be able to get this acknowledgement at such an early stage in your career will be an important catalyst for this incredibly diverse range of new talent. All five of the Rising Star nominees being celebrated by The Ivors Academy and Apple Music have been selected on the strength of their creative talent, and I can’t wait to see them grow and give the world what I hope will be many of the great songs of the future.”

Helienne Lindvall, Chair of The Ivors Award Committee at The Ivors Academy, said: “I’m delighted that The Ivors Academy is working with Apple Music on the brand-new mentorship programme to empower young songwriters and composers. Right now, there are more opportunities but we are also facing more challenges than ever, so it’s more important than ever to support and champion music creators. Starting out in the music industry is notoriously difficult, so it really matters that we nurture songwriters and composers at the beginning of their careers. It’s fantastic that the Rising Star Award with Apple Music is recognising and promoting such extraordinary and inspiring young talent.”

The nominees will also receive Logic Pro X and GarageBand workshops to ensure they are able to make the most of Apple’s creative tools, and receive support from the Creative Services team within Apple’s Music Publishing division to optimise their compositions on Apple Music. Recognised as a pinnacle of achievement since they were first presented in 1956, The Ivors Academy presents Ivor Novello Awards twice a year to honour and celebrate exceptional songwriting and composing.

The Ivors with Apple Music sees the presentation of Ivor Novello Awards to celebrate songwriting and screen composition. The Ivors Nominations will be announced on Monday 20 July. These categories recognise works released in the UK during 2019 and as with the Rising Star Award, judging took place earlier in 2020.

Winners across all categories will be announced on Wednesday 2 September 2020.