The notion that Southern Californians spend all their time in their cars is a tired cliché—but in 2020, it feels freshly apt.

As one of the few options for getting out of the house while staying safely sealed off from others, vehicular entertainment has boomed during the pandemic, from a renaissance in drive-in movies and shows to the creation of drive-through haunted attractions during the Halloween season.

Those have been trends across the United States, but Southern California has emerged as a leader in car-based diversions, thanks in large part to another of the region’s specialties: big-budget, dream-factory spectacles.

In Los Angeles, Orange County, and other nearby destinations, elaborate drive-through attractions with detailed sets, special effects, large casts, and original stories are impressive enough to merit adding to the itinerary of any California road trip this winter and into the spring.

Here are some of the most intriguing offerings—all of which can be enjoyed from the safety of your own car.

• Stranger Things: The Drive-Into Experience, Los Angeles: Co-produced by Netflix and the events platform Fever, this hourlong drive through fictional Hawkins, Indiana (played by the Skylight Row DTLA shopping complex in Downtown L.A.) features spooky, brand-new scenes devised in partnership with the creators of the TV series, along with all the circa-1985 music and fashions you can stand. Tickets start at $59 for a car with two passengers. Dates available into February 2021. StrangerThingsDriveInto.com 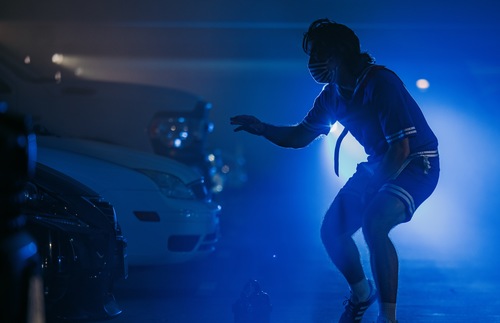 • The Elf on the Shelf’s Magical Holiday Journey, Pomona: Inspired by the best-selling kids’ book and merchandising juggernaut about everybody’s favorite holiday snitch, this route through Fairplex (usually the home of the L.A. County Fair) shrinks cars to elf size so that occupants can help repair Santa’s sleigh, passing through light displays, a toy workshop, and gingerbread village, with music and sets designed by Emmy and Tony award winners. Tickets start at $24.95 per person. Runs through January 3. ElfontheShelfJourney.com

• Holiday in the Park, Six Flags Magic Mountain: The region’s big theme parks remain closed to visitors on foot, but starting on November 20, Six Flags Magic Mountain in Valencia will open its grounds to cars driving through a holiday wonderland decked out with millions of twinkling lights timed to festive tunes in eight themed areas where you’ll spot costumed characters including Santa and his elves. Tickets start at $20 per person. Runs through January 3. SixFlags.com/MagicMountain

• Dodgers Holiday Festival, Los Angeles: The Dodgers didn’t get the standard victory parade for winning the 2020 World Series, so the Major Leaguers are throwing their own monthlong parade in which fans do the driving through a holiday- and baseball-themed landscape of lights, videos, fake snow, and interactive displays around Dodger Stadium (the government is administering free Covid-19 tests in a different section of the lot). Tickets start at $55 per vehicle. Runs through December 24. MLB.com/Dodgers

• Night of Lights OC, Costa Mesa: Orange County’s Winter Fest is going drive-through this year with a milelong, million-light extravaganza at the OC Fair & Event Center. The twinkling is choreographed to music that plays through your car radio or smartphone, and you can preorder snacks such as hot cocoa, cinnamon sugar donuts, and tamales to pick up at the start of the route and enjoy in your vehicle. Tickets start at $49.99. Runs December 3–January 3. NightofLightsOC.com

• WonderLAnd, Woodland Hills: The setting of the Hauntoween LA attraction is getting a holiday makeover, with lots of lights, music, a drive-through “snowflake tunnel,” a wintry forest, cameos by North Pole denizens, and a salute to December celebrations around the globe. Plus, holograms! Tickets are $70 per vehicle. Runs November 30–December 23. SoCalWonderLAnd.com