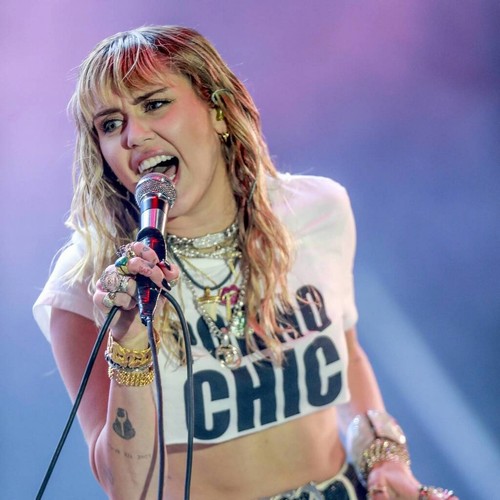 Miley Cyrus credits surgery on her throat for getting her sober and emboldening her with a fresh outlook.

The hitmaker was diagnosed with Reinke’s edema – swelling of the vocal cords due to the presence of fluid – last year, and she underwent surgery in November to remedy the issue.

“I noticed a really big change to my voice, kind of a heaviness to it,” she said during a candid chat for the Joe Rogan Experience podcast. “And I experienced some heavy things. I feel like it is a reflection. It is a kind of scar in a sense.”

She went on to call the surgery “a gift”, explaining that she was “able to understand my instrument” and she “learned a lot about the voice and how our experiences affect our voice”.

The Midnight Sky star, who recently split with Australian singer Cody Simpson after a 10-month romance, said: “I started touring at probably 12 or 13. The adrenaline that you have after a show – it’s not really the singing that affects your voice as much. It’s afterwards, you’re totally on and it’s really hard to get that sleep.”

“You stay up, talking all night. Later, the talking all night turned into smoking all night. And now, this is kinda where we’re at,” she continued. “I don’t smoke anymore, and I’m sober. I’ve been sober, pretty much the vocal surgery kind of did it for me because I just learned so much about the effects… You’re just taught it’s not really the drinking, it’s the staying up all night. Once you have your drink, you end up smoking.”

The Wrecking Ball star’s mum Tish has vouched for the singer’s dedication to her sobriety, calling her “the cleanest person” she knows.