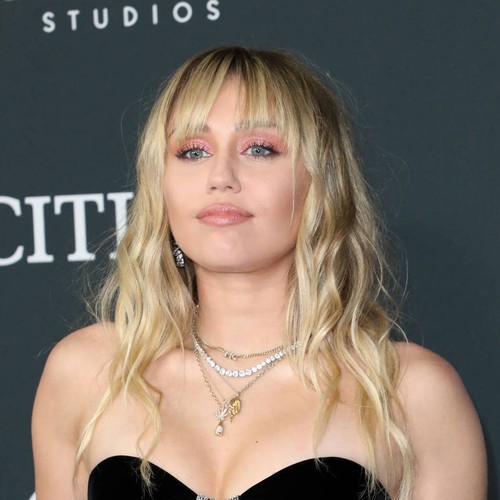 Miley Cyrus is still reeling from her 2019 divorce and the media fallout from the marriage break-up.

The pop star split from Liam Hemsworth, her husband of just months, last summer, but the break-up didn’t go public until she was spotted enjoying a summer fling with Kaitlynn Carter, prompting gossips to suggest the marriage fell apart suddenly.

Appearing on Joe Rogan’s popular podcast on Wednesday, Miley insisted she really worked at the marriage after tying the knot just before Christmas, 2018 – but it wasn’t meant to be.

“(It) f**king sucked,” she said. “What really sucked about it wasn’t the fact that me and someone that I loved realised that we don’t love each other the way that we used to anymore.

“That’s OK, I can accept that. I can’t accept… all those stories. It’s just amazing to me that the public kind of thinks that there is no gap in time that they didn’t see that could possibly be what led to this. Like, it’s not, ‘One day you were happy on the carpet, and the next you’re making out with your friend (Carter) in Italy, what the f**k?’ Well, there was a lot of time between that that you didn’t see.”

The pair had dated on and off since 2009, and had previously been engaged before calling time on their romance in 2013. They later reconciled.

Miley moved on with Hemsworth’s fellow Australian Cody Simpson but the two broke up earlier this summer. Liam has since found love with model Gabriella Brooks.

Cyrus also told Rogan she had a problem with an issue of Vanity Fair magazine that came out six months after an interview she did the week following her wedding.

“What I love about doing this (a podcast) is we talk about it right now, and people hear it right now so you’re getting the real information,” she explained. “I shot a magazine cover, I did an interview, I was, ‘La la, in love with my boyfriend’. I mean, that literally happened when I did Vanity Fair. I flew there, like, a week after I had gotten married and by the time the damn thing was on the stands I was divorced! It was old news!”

And now, single for the first time since 2015, she’s looking for a real deep connection before falling in love again, adding: “I want the soul connection. I think men in my life have told me that I’m cold, or I’m a cold f**king b**ch because I leave when things are done… I don’t need a man or a woman that’s going to take care of me. I can take care of me ’cause I’ve got money, I’ve got all the things that I need to take care of myself. I need them to be able to take care of them.”