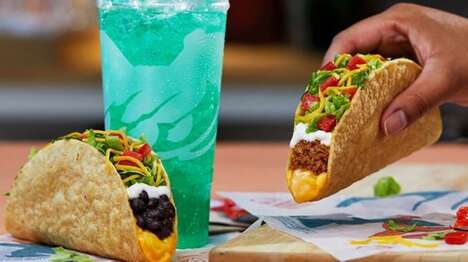 Though Taco Bell recently axed a significant number of items from its menu, this hasn’t stopped the brand from testing out brand new offerings like the Cantina Crispy Melt Taco.