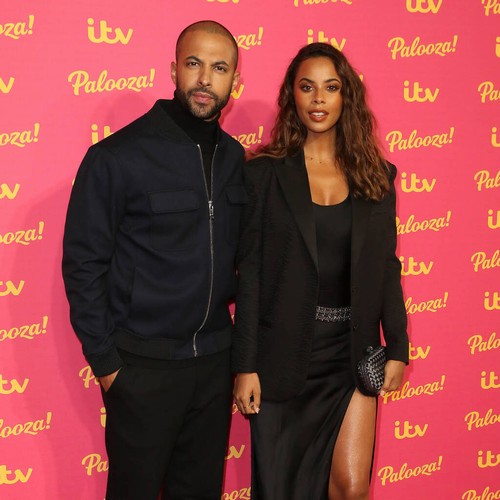 Marvin and Rochelle Humes are now parents of three.

Their son Blake made his big entrance at 8.44 am on Friday, and weighed 8lbs 2oz at birth.

Blake’s arrival was announced by Rochelle’s colleagues on British talk show This Morning on Monday, with the 31-year-old singer saying: “He’s an absolute joy and has slotted in so well already… Marvin has some serious competition.”

Moments later, Rochelle shared images of her newborn on her Instagram page, writing alongside them: “Blake Hampton Humes. On Friday morning at 8.44am our boy arrived to flip the switch on 2020. I didn’t think I’d ever fall in love with another man but this guy has stolen my whole heart and we’ve been in a love bubble ever since…”

Marvin, 35, shared the same images of Blake on his own Instagram and celebrated the arrival of his son.

“My son! My son!!! Feels so weird but amazing saying that,” he wrote. “Blake Hampton Humes was born on Friday weighing 8 pounds 2 ounces. Rochelle is a superwoman..family complete.”

JLS star Marvin and the former The Saturdays singer Rochelle are already parents to seven-year-old Alaia-Mai and three-year-old Valentina.