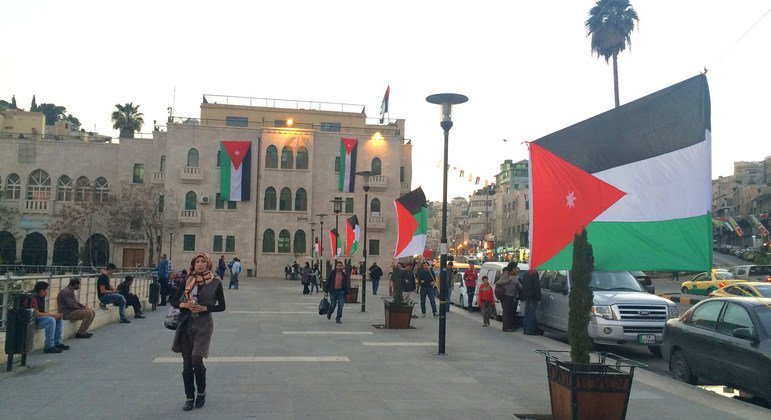 The Government closed the Jordanian Teachers’ Syndicate last month, reportedly in retaliation for criticizing the authorities for not honouring a 2019 pledge for better pay and conditions.

The deal ended a month-long strike that shut down schools nationwide.

“The actions of the Jordanian government against the Teachers Syndicate are a serious violation of the rights to freedom of association and expression”, the experts said in a statement.

“Civil society groups and labour unions should be able to organise and express criticism of government actions.”

The UN experts characterized the closure of a trades union as “one of the most severe types of restrictions to freedom of association”, which can only be justified in the most exceptional cases.

A voice for teachers

Shutting down the Teachers’ Syndicate and detaining 13 of its board members “deprives teachers of a major tool to raise their voice and concerns, and will ultimately affect Jordan’s system of education”.

The union officials are refusing food while in detention and the statement called for their immediate release to seek medical attention.

The experts further urged the Jordanian authorities to lift orders prohibiting journalists from reporting on the case.

Describing the move as “alarming” and a violation of the freedom of expression, they noted that some journalists have been arrested, while others report that they are now being monitored.

The experts also called on the Government to stop using excessive force and detaining peaceful protestors and journalists during public demonstrations in support of the teachers’ union.

Special Rapporteurs and independent rights experts are appointed by the Geneva-based UN Human Rights Council. The positions are honorary and the experts are not UN staff, nor are they paid for their work.