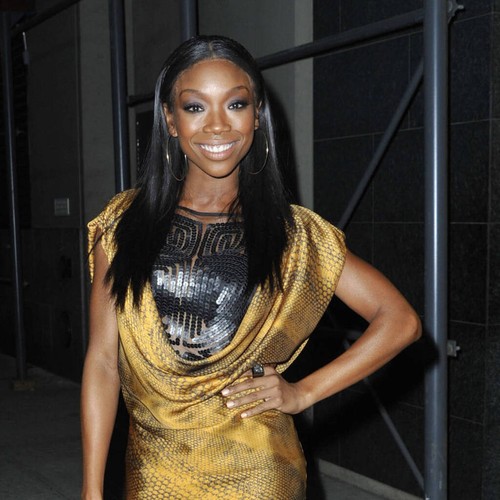 Brandy has credited her daughter Sy’rai for saving her life during a bout of depression.

The R&B star, who recently released her new album B7 after an eight-year break from music, told People she was previously ‘lost musically, creatively, spiritually’.

Brandy enjoyed rapid success after she burst onto the music scene at the age of 15 with her self-titled debut album in 1994, and launched her popular coming-of-age show, Moesha.

However, as she matured, Brandy began to feel trapped by her ‘perfect’ public image and, after welcoming her daughter with then-partner, producer Robert Smith, in 2002, and then splitting with him a year later, she “had to focus on what was important, which was Sy’rai”.

In 2006, the star was involved in a car accident that claimed the life of a 38-year-old woman. Although Brandy wasn’t charged criminally, settling out of court with the woman’s family, she found herself deeply despondent.

“I remember laying in bed super depressed,” she explained.

Challenging herself to pull together for her daughter, she recalled: “I (told) myself, ‘So, you’re just going to go out like this? That’s wack. You have a daughter. If you can’t do it for yourself, do it for her because this is not the way to leave a mark in her life.'”

She continued: “If Sy’rai wasn’t here, I wouldn’t be either… The place that I was in, it just felt like I wasn’t going to make it through.”

“I’m in a place now,” said the 41-year-old, “where I can be proud of moving in the right direction.”