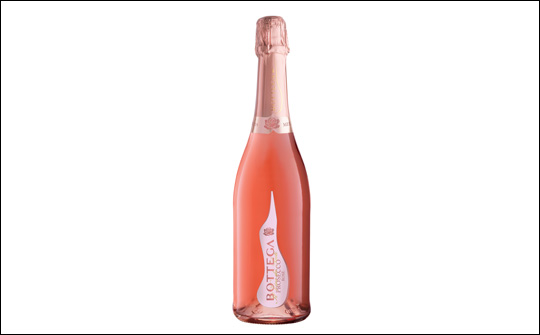 The Italian winery and distillery Bottega, from Bibano di Godega, has announced a preview of its new Prosecco DOC Rosé, which will be available on the European market from next November.


The new product in the Bottega range has been called ‘Il Vino dei Poeti Prosecco Doc Rosé’. The traditional flame-shaped label will distinguish this new product, which forms an integral part of the Bottega sparkling wines range.


The new sparkling wine will be produced with a combination of Glera and Pinot Noir, making up 85% and 15% of the blend respectively. This blend of grapes maintains the prosecco’s freshness and versatility, while the latter of the two grapes also contributes to the drink’s characteristic pink colour and aromatic complexity.


This innovative rosé version of the prosecco has been discussed for some years now, and represents an important development both for the world of sparkling wines in general, and for Prosecco DOC more specifically. The Ministry of Agricultural, Food and Forestry Policies has modified the production rules surrounding Prosecco DOC which will allow the rosé type to be introduced, and after the necessary time period for objections has passed, the change will be formalised at national level.


Starting from August 1st, the cellars will then be able to start the sparkling process of this new type of Prosecco DOC, which requires a fermentation period of at least 60 days. If all goes to plan, bottling and distribution on the Italian market is expected to ahead from the 1st October. However, the European market will have to wait until the 1st November in accordance with new legislation being implemented by EU institutions.


The new wine can be characterised by its pink hue and fine, yet persistent, perlage. On the nose, there are dominant notes of juicy cherries and berries, accompanied by delicate floral notes. On the palate it is fresh, lively, and pleasantly dry, with an enjoyable and lingering aftertaste. It can accompany appetisers, first courses and white meats, and may also be enjoyed as an aperitif or in cocktails.