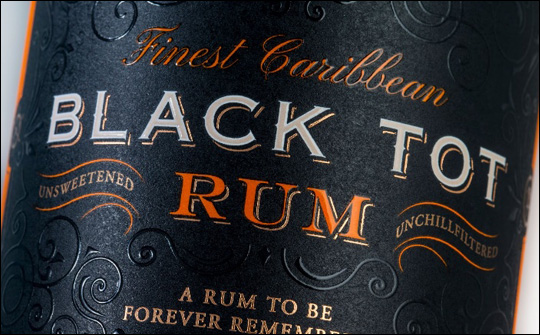 Black Tot Rum will mark 50 years since British Royal Navy sailors were given their final rum ration with a series of global celebrations. These will include a unique 24-hour virtual rum event, an exclusive limited-edition bottling, a brand-new website launch, retailer promotions, bartender partnerships, and a social media competition for consumers.


A celebration of the entire rum category across the world, and stretching throughout July and beyond, a highlight of the activities will be ’The World’s Greatest Virtual Rum Event’, a 24-hour virtual celebration of all things rum, beginning at 10am (BST) on 31st July.


The event will run on Facebook and will include live rum tastings from Black Tot as well as a host of other rum brands, in addition to cocktails from some of the world’s best bartenders, and interviews with rum royalty. Hosted by Black Tot’s global brand ambassador Mitch Wilson, and The Whisky Exchange’s head buyer Dawn Davies, the event will tell the real story of Navy Rum while celebrating the rum community. There will be cameos from rum experts including Oliver Chilton, Black Tot’s creator and head blender; Dave Broom, author of ‘Rum: The Manual’; and representatives from other famous rum brands, which include Appleton Estate, Velier, Privateer, Beenleigh Distillery and St Lucia Distillers.


Retail partners around the world will also be joining Black Tot to mark the anniversary with Black Tot tastings and special offers in stores. 50 bartenders from some of the world’s best bars will be raising a tot with the ‘Tall Ships Toast’ – a navy tradition that goes back over 400 years – while also sharing their own Black Tot cocktail creations on the Black Tot social media channels.


For rum-loving consumers in the UK and around the world, special ‘ration cards’ will be hidden in Black Tot Finest Caribbean gift tubes, redeemable against a limited edition 50th anniversary gift via the new Black Tot website, which will go live in July. As well as giving details on the full Black Tot range and celebrating the long-standing tradition of blending Caribbean rums, the new website will be a deep dive into the history of Navy Rum, Black Tot Day and how rum is made.


A social media competition, which will run on the Black Tot Instagram and Facebook pages from 8th July – 1st August, will encourage consumers to take a photo or record a video of them celebrating rum with the ‘Tall Ships Toast’ alongside friends or family. Entrants will need to post this on Facebook or Instagram tagging @BlackTotRum, and the winning post, which will be judged by the Black Tot team based on popularity on Instagram and creativity, will win rum rations for a month (equivalent to three bottles of Black Tot Finest Caribbean).


Oliver Chilton has also been hard at work creating a 50th anniversary blend, which will be available in Black Tot ‘blending’ tasting sets from July and as a full bottling from September. The first Navy strength bottling from the brand, the 50th anniversary exclusive will celebrate the complex art of blending Caribbean rums and will be the first in an annual series of Navy strength limited releases.